Following of the outstanding experiences of the Wounded Warriors Canada Battlefield Bike Rides in 2014 and 2015, the Wounded Warriors Canada Battlefield Bike Ride 2016 (BBR16): “The Italian Campaign” will build on the experiences of our previous rides and promises an awe inspiring trip celebrating and reflecting on Canada’s considerable contributions to the Italian Campaign in WW2. Our journey will allow us to bask in the natural beauty of Italy’s Adriatic Coast while savoring the hospitality and cuisine of the Italian people. 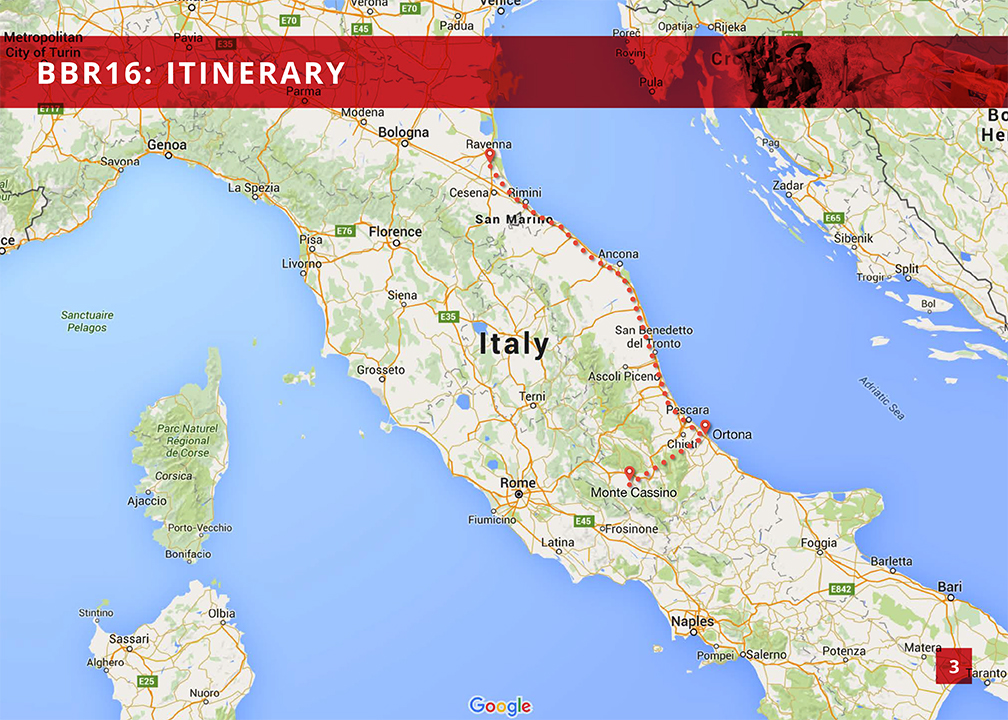 Your journey begins with your arrival in Bologna a location slightly north west of the cycling route of BBR16. The ride begins in historic Ravenna where Julius Caesar gathered his forces before crossing the Rubicon. As we move towards the coast we will enter Rimini, the Northern Allied objective in 1943 and the famed Gothic line. Canadian service in Italy would end in this area in February 1945. In many ways, Italy is where victory in Europe began. Those brave souls of the Allied armies who fought with such courage were far from the infamous and unwise label of being “D-Day Dodgers.” In Italy, Canada more than pulled her weight in the road to liberation and ultimate victory!

Prior to landing on the mainland across the Strait of Messina the Canadians had already shown their resolve having fought through more kilometers than any other formation in the Eighth Army ending the rule of Mussolini. Stops will take us to places like a WW2 Bailey Bridge near Servia over the Savio River near where, on the night of 21/22 October 1944, “Smokey” Smith’s actions would see him awarded the Victoria Cross. “Smokey” until his death in 2005 was Canada’s last surviving VC recipient. 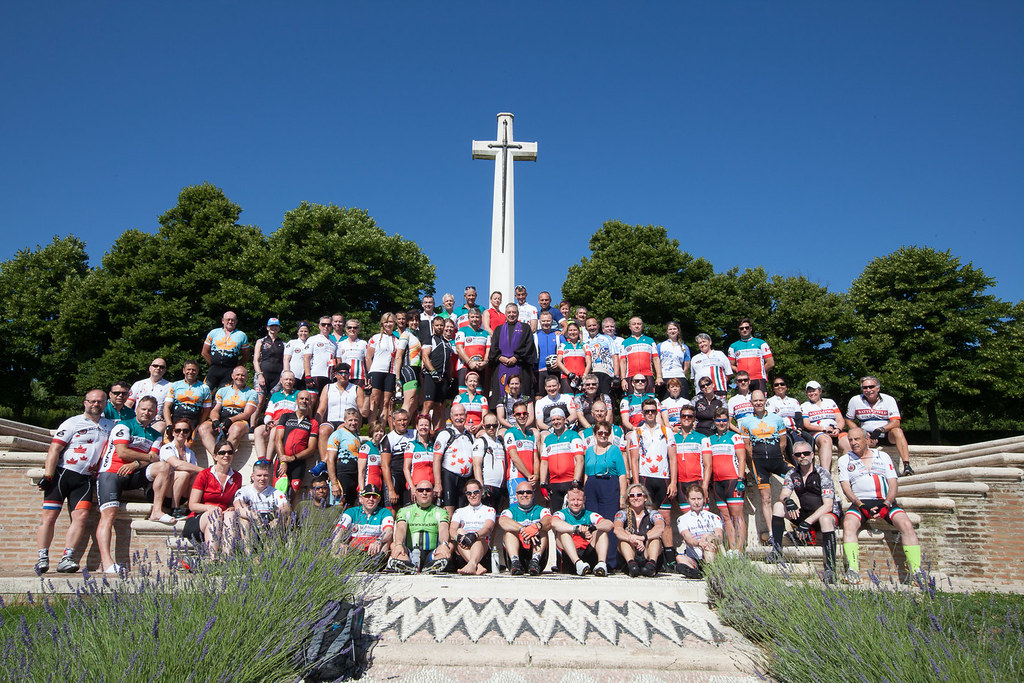 Travelling along the coastline we will arrive in Ortona. It was in the days surrounding Christmas Day 1943 in the rubble of Ortona, in what one reporter called the “Courtyard of Hell”, where Canadians fought their most famous battle during the campaign. Ortona, the “Italian Stalingrad”, site of some of the fiercest and most fighting in WW2 is a major objective of our cycling route as we “Honour the Fallen” at the Moro River Canadian War Cemetery.

Famous sites in the Moro and Liri Valleys await as we travel towards the town of Cassino, our cycling Objective on BBR16. Sites such as the mighty bastion of Monte Cassino await as we transport you west to Rome “The Eternal City”, the ancient centre of the Empire and a major strategic, political and psychological allied objective in WWII.